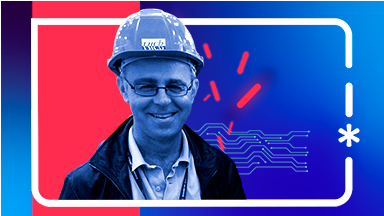 Michael Campbell is the leader of the Medipix design team in the Experimental Physics Department at CERN in Geneva, Switzerland where he has worked for over 30 years. He was one of the pioneers of hybrid pixel detector readout and of the use of radiation-hard-by-design techniques both of which are now exploited widely in ASICs at the Large Hadron Collider experiments. He is spokesperson of the Medipix2, Medipix3 and Medipix4 Collaborations who seek to disseminate pixel detector technology to many different fields of science. He chairs the bi-annual Scientific Advisory Committee of the CERN Workshops on Medical Applications of Spectroscopic X-ray detectors. This Workshop brings together participants from a variety on institutions including prestigious medical schools, major medical equipment suppliers, small and medium sized enterprises as well as universities and research institutes all motivated to bring spectroscopic X-ray imaging from the lab to the clinic. Michael received his PhD from the University of Strathclyde, Glasgow, Scotland (his native city) and has authored several hundred scientific publications. In 2016, he was appointed Honorary Professor of the Department of Physics and Astronomy at the University of Glasgow.